Alas! Already our time on the Worboys Productions Theatre Farm Retreat draws to a close, but the last few days have been super productive! We spent the day time devising new material, Emily composing songs based on our given brief and George and I improvising and devising scenes based on the original Hans Christian Anderson text. Once we’d come up with an idea that we thought might work, we would then write this into the poem and decide which sections would be in rhyme and which would be in narration. When we’d devised a scene, we’d then come back together with Emily and put the music to the on-stage action, working out where best to have the music.

We followed this process until we reached the end of the story, then we started the task of connecting all of the scenes we had made together. This was a tricky task, as some of the scene changes, especially with regard to the puppetry, were complicated. After several hours smoothing out the knots, we’d come up with a good system, and what felt like a piece! We got to work rehearsing the material in preparation for our first work in progress showing, which was today. 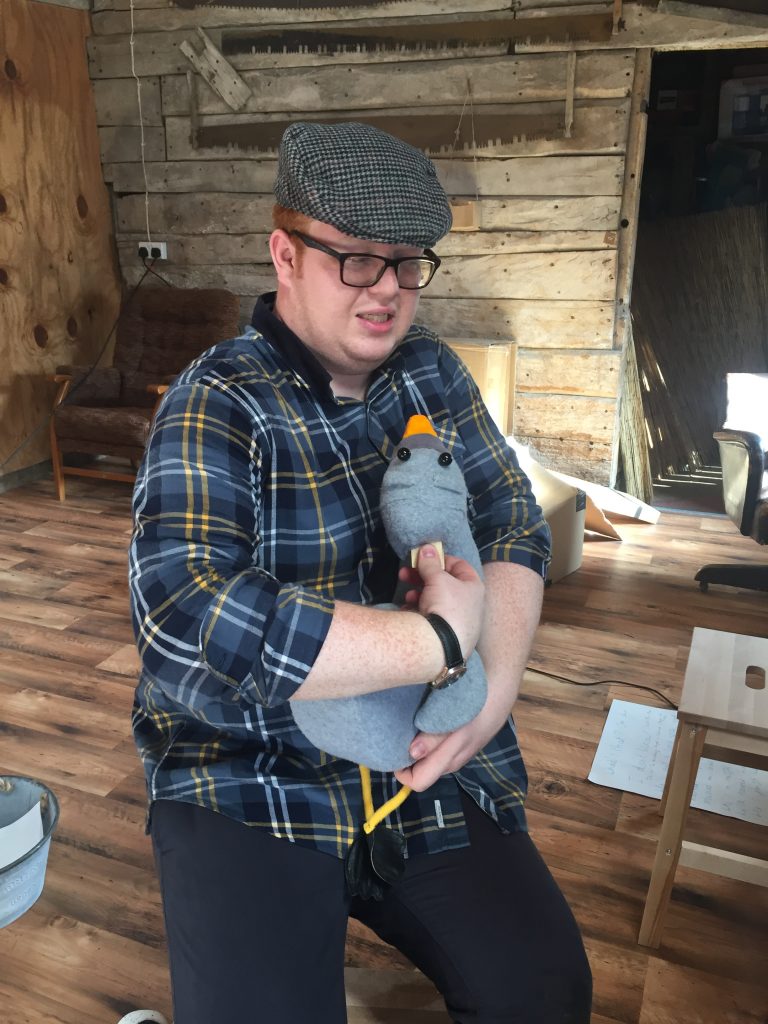 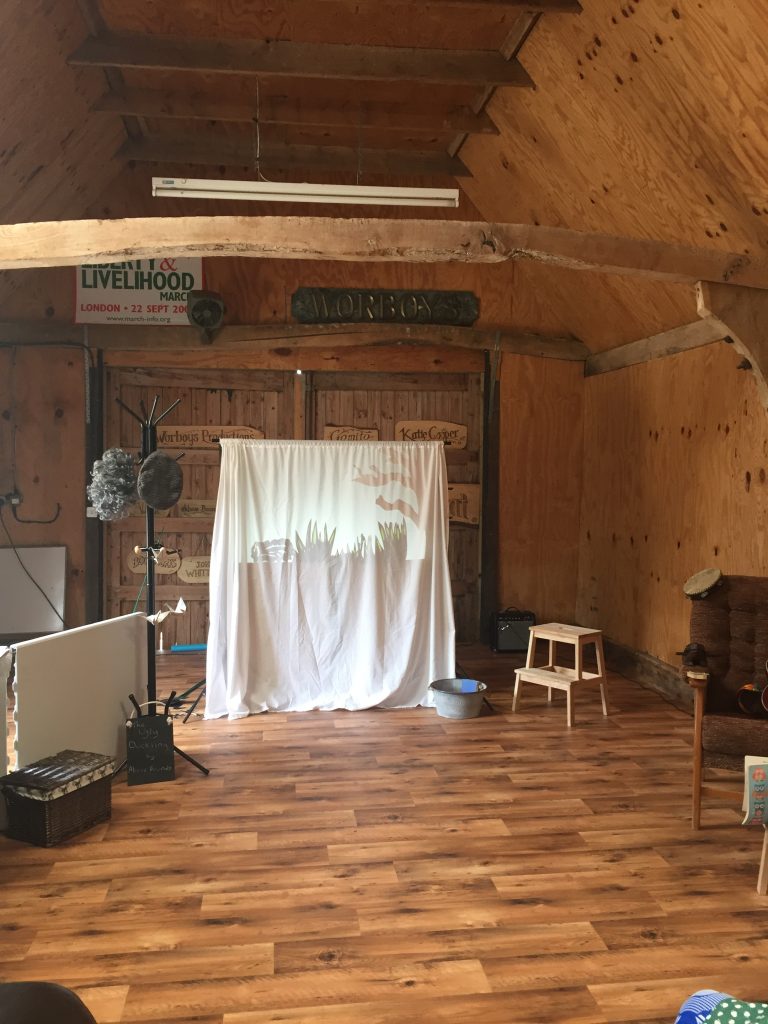 It was really useful for us to have an outside eye during the work in progress showing and to receive some feedback on the project. The response was really positive, which was lovely to hear and encouraging for the week of devising ahead. The most difficult thing George and I have found during the process is who we are as storytellers and now we fit into the overall framework. There were suggestions for all three of us to interact together more and this is something we will start to do on Saturday in the Bike Shed space. It was lovely to hear that the puppets played well and were liked by the audience. Also the amount of different types of puppetry that feature in the show were well received, with many of the scene changes noted as smooth (all the hard work paid off there).

So where do we go from here? We will access in detail all of the notes given and try to find solutions to some of the problems we have encountered. We will work on character in more depth and hone in on some of our puppetry skills.

After a productive and positive start, we are so excited for the week ahead. Massive thanks go to Sam Worboys and the Worboys Productions Theatre Farm Retreat for having us back to develop our work. It really is a brilliant place to focus without distraction, surrounded by gorgeous countryside.

Take a look at our Twitter for further updates and don’t forget, we have a shadow puppetry workshop taking place on the 5th August at the Exeter Phoenix as part of the Unpacked Children’s theatre festival. Tickets available from: http://bit.ly/298xpEZ

The Ugly Duckling & Other Tales R&D is a project supported by the National Lottery through Arts Council England, with project partnership from Worboys Productions and the Bike Shed Theatre, Exeter.