We’ve had a fantastic week in Barnstaple as part of the 10th Anniversary Fringe Theatre Fest. Traveller’s Tales played in the Baptist Hall for three performance and was well received by audiences young and old. 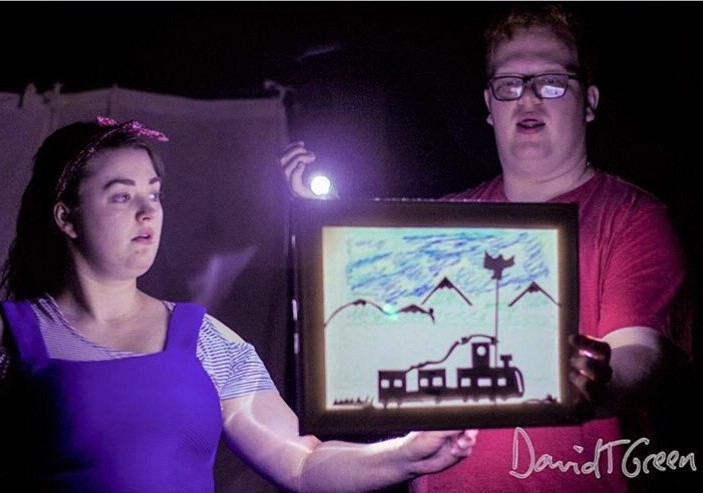 Taking a train to India. Thanks to David T Green and Fringe Theatre Fest for this great photo.

As is the way with festivals, we also managed to watch a number of productions from other companies, some based in Devon and others from around the country. Particular highlights have to be the darkly funny 9ft² from ‘A Hammier Basis,’ the insightful Lyrically Minded from ‘Mishmash Productions,’ and the zany rom-com What’s the Mater? A Comedy About Physics from, ‘The Last Baguette Theatre Company.’ Thanks to the charismatic and talented Bill Buffery  and Gill Nathanson of ‘Multi Story Theatre Company,’ who organised the festival. Travellers’ Tales is having a rest for now but Above Bounds are still very much active. As our regular followers will know, we are soon going into Research and Development for The Ugly Ducking & Other Tales. If you want to stay up-to-date with our projects and performances, give us a like on Facebook and follow us on Twitter . Hope to catch Barnstaple again next year. Bon Voyage!