George and I have been rather busy over the last month, preparing for our performances of Travellers’ Tales and for our Summer development of The Ugly Duckling & Other Tales (exciting announcement soon to follow).

Over the last week, we’ve been rehearsing at the MAC in Birmingham, thanks to Somewhere_to a scheme which gives 16-25 year olds access to free spaces to use for their arts projects. The space was fantastic- it allowed us the chance to rehearse and redevelop scenes which we had experimented with back in April and we could achieve so much with a space all to ourselves. There were other exciting additions to our Travellers’ Tales rehearsals this week- firstly, the puppetry was finished so we had chance to work with the  puppets in the space and secondly we had some music. Back in April, George and I devised some songs but felt we could do with some piano accompaniment to outline the piece and add to the action where appropriate. Alice Brown, a talented music student at Birmingham university with a gift for playing the piano, stepped in to help us out, arranging the songs we had developed. These accompaniments sound fantastic and are exactly what we hoped they would’ve been. We can’t wait for you to hear! Alice also wrote some music to add tension throughout the piece, including a rather lovely song on the recorder for when John and Sally arrive in Egypt! 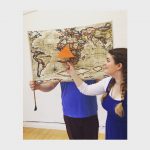 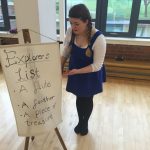 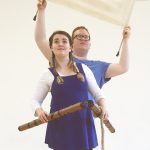 At the end of a rather busy week of developing new sections for the show and rehearsing already existing ones- we have our show and we can’t wait for you to see what we’ve produced!

On Saturday 14th May, we performed the first 15 minutes at the ACTA centre, part of the Bristol Sourhbank Arts Trail. This was an incredible event and we were so happy to be asked to perform alongside Brave Bold Drama an other fantastic artists, including storyteller William Tell. The audience response was also lovely, the children were really engaged with the piece, with some below our target audience (3-7) enjoying it as much as those above! One mother said that our piece was the first theatre her child had seen and that he had loved it! Such a brilliant and encouraging comment for us to hear after a busy week of development!

This week we are finishing the puppets and rehearsing in Plymouth with our technicians, as it’s not long until our Plymouth Fringe shows! We were out promoting the show at the Pirate Festival today, do give us a wave if you see us 🙂

For now, here’s a little teaser trailer for you but keep checking back for more updates! 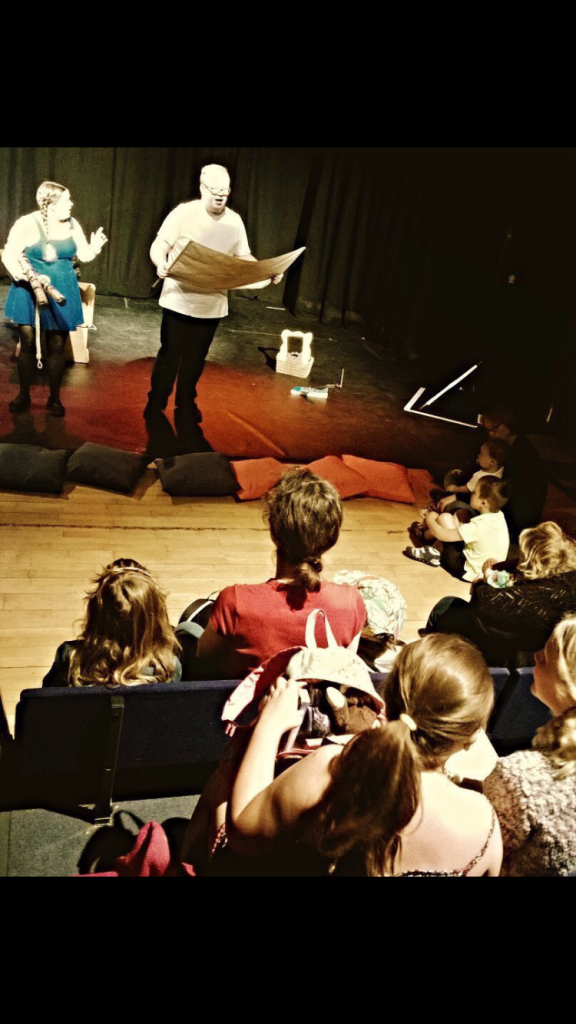